Did You Know? These Christian Cross Symbols Have Beautiful Stories Have you noticed that there are various styles and designs of the Christian cross? These cross variants have legendary histories, meanings, and narratives that ultimately attest to the power of the Christian symbol. Here, let's take look at some of the most interesting details around different kinds of crosses. This may be the cross style you see most often, with its descending arm (bottom stem) longer than its other arms. It is commonly recognized as the kind of cross that Christ died on. It is also called crux immissa, Latin for "cross hanging down."

You might ask, what's the difference between this cross and a crucifix? A crucifix is simply the Latin cross with the figure of Christ attached to it. The word crucifix is from the Latin phrase cruci fixus, which means "fixed to a cross." 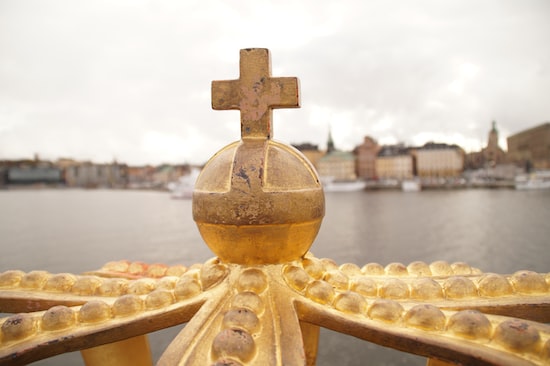 This is also a common cross design, but its arms are all of equal lengths. Another name for it is crux commissa, Latin for "connected cross."

Although this cross is more traditionally used in the Greek and Russian Eastern Orthodox Church, it also became the basis for something very English: Saint George's Cross. When King George of England was still a warrior knight during the Third Crusade, he and the other crusaders carried this cross design. By the time he became the patron saint of England, the cross had become so associated with him and his nation. Later on in history, the red-on-white cross design became a central element in what we now know as the flag of the United Kingdom. On this cross style, "budded" refers to the 'buds' or 'leaves' at the end of each cross arm. Most commonly, each arm has a set of three buds, and each set is called a trefoil.

Three is a very meaningful number in Christianity. As you may have guessed, the trefoil cross represents the Holy Trinity.

However, there are versions of this cross with more than three buds at each end. For instance, if there are four buds on each arm, the buds may represent the four Evangelists. Usually, when we see the Latin cross displayed sideways (with its longer arm pointing horizontally instead of standing), we consider it a mere variation in positioning. However, there are instances when the cross is deliberately displayed horizontally to represent St. Philip the Apostle. The saint supposedly died by being crucified sideways. This cross has become part of the iconography associated with the saint who was with Jesus during the miracle of fish and loaves. The fleur-de-lis is the lily-like motif we often see in logos, family crests, and decor. In French, fleur means flower and lis means lily. In a way, a fleur-de-lis cross can be considered a budded cross, but it distinctly has pointy petal ends instead of rounded ones.

In Christianity, the lily symbolizes purity and chastity, and by extension, it is associated with Mary or the Madonna.

The cross fleury, as it is sometimes called, is also widely used in heraldry (armor designs). Sometimes, the flower motif is designed to resemble a spear. Because of this, it has also become a sign of the bravery of Christian warriors. 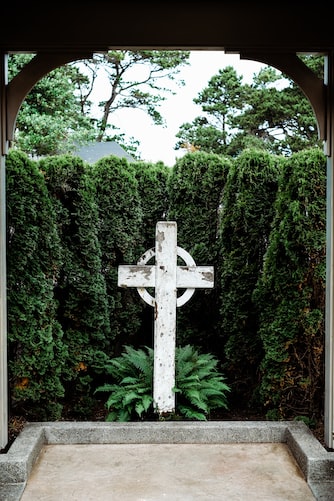 This cross looks like the Latin or Greek cross, but with a circle around the middle intersection. Like many other symbols, this emblem has interpretations outside of Christianity, but among Christians, it is associated with Irish saints like Saint Patrick and Saint Declan.

A commonly accepted history is that Saint Patrick recognized the sun as a powerful Irish symbol. He added this round symbol onto the cross, creating a new emblem with a richer significance. Yes, the anchor is a form of a cross, too! And it has such a poignant meaning among Christians. Today, we interpret this object as a sign of steadfastness, salvation, and hope within our faith. But for early Christians, this icon was even more important.

Back then, they were surrounded by non-believers (pagans, Romans, etc) who persecuted them for their faith. According to some historians, Christians at the time had to disguise the cross in an artistic way. They chose to represent it with the anchor, which already had a cross shape. They would carve anchor designs on monuments, essentially sneaking Christian symbolism onto those objects. There are also stories that those early believers tattooed the anchor on themselves, so they could secretly recognize each other as of the same faith.

Since the Christian faith has grown over the millennia, there are lots more crosses and Christian symbols that have really interesting histories. You can read about a few of them in our informative blog post here.

If you liked the cross items pictured in this post, you might enjoy our other wall decor, home items, and wearables on ChristianStyle.com. Click here to start browsing!