Christianity is full of age-old symbols that are still highly significant today. These signs and images often have interesting origins and histories, but over time, they have acquired meanings that are relevant to our faith. As a result, these symbols now serve as a reminder for us to live our faith in many ways. Let's take a look at some recognizable Christian symbols and the meanings behind them. The white dove transcends Christian symbolism, as it is considered a universal symbol of peace. But in Christianity, it has more meanings. The dove is a physical manifestation of the Holy Ghost, particularly when this beautiful bird descended upon Jesus as He was being baptized. In addition, the dove is also a Biblical symbol of hope, just like when the bird brought back an olive leaf to Noah -- a sign that the flood had abated. It is said that Christians were among the earliest to use the anchor as a symbol, particularly when they were ruled over by the Romans. At the time, the persecuted Christians wore anchor jewelry or had anchor tattoos to signify to other Christians that they were one in strength and steadfastness. Such a beautiful message!

The symbol is now a sign of fortitude in turbulent times. Alternatively, it can be a symbol for Christ Himself, who is our constant refuge amid stormy waters. Angels are not uniquely Christian, but in our faith, these wondrous beings are certainly important. The word 'angel' comes from the Latin angelus, which literally means "messenger." Indeed, throughout the Bible, angels brought messages from God to man. Christianity also has other angelic orders and functions, including the protection of humans.

Today, one of the widely acknowledged meanings of angels is providing guidance and comfort, especially to children. 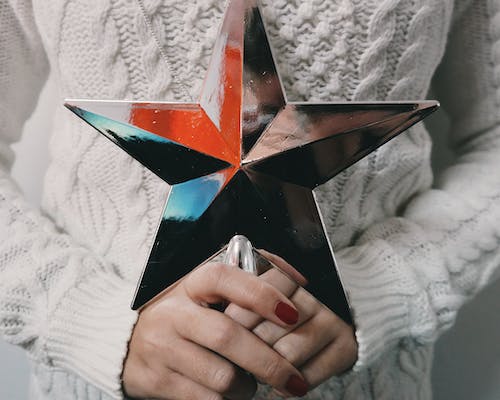 The five-pointed star is a well-known symbol of Jesus' birth, as it was a bright star that the Wise Men (or Magi) followed to find the newborn King. The star also symbolizes Christ Himself, since He was called the Morning Star in the Book of Revelations.

There is also a six-pointed star, known as the Star of David. It represents King David or his shield, and is actually a predominant symbol of Judaism. But since Christianity has some origin in Judaism, and since David is revered in Christianity as well, this star is also significant for many Christians. Have you ever wondered how a fish came to be a symbol of Jesus? This fish, called ichthys or ichthus, has multiple meanings in Christianity. One widely-held origin is that it is an acronym for "Jesus Christ, Son of God, Savior." In Greek, that acronym is ΙΧΘΥΣ, ichthys, which literally means "fish."

The image also evokes Christ's miracle of multiplying the loaves and fishes, and by extension, it reminds us of the power of the Holy Eucharist. 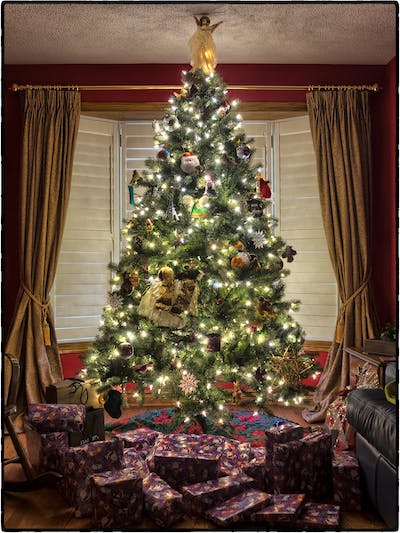 The lovely meaning behind Christmas trees originated from ancient times. The evergreen tree has always been a sign of life throughout dead winters. Then, in the Middle Ages, there was a growing legend that when Jesus was born, trees around the world shook off their covering ice and produced new green leaves.

Though this legend isn't as popular today, the lively tree remains a symbol of blessings throughout the cold season -- and in time for Christ's birth. Everyone knows the cross as an embodiment of Christ's great love, a reminder of His suffering for the redemption of mankind. But did you know that there are other meanings of the cross depending on its design?

For instance, there's the fleur-de-lis cross, which has three petal-like adornments at each arm's end, representing the Holy Trinity. There's also the Celtic cross, an intricately-adorned symbol with a circle around the center intersection, symbolizing eternity and the Eucharist.

With these meanings, we hope you found new significance to the Christian symbols you see every day. Does any of these symbols have a personal meaning to you? Comment your story!