Many artists throughout history have produced their greatest works as homage to Christianity. From paintings to sculptures to shrines, these artworks transcend the technical -- they have become such powerful symbols of faith that when we gaze on them, we are awed not only by the artist's talent but by the magnificence of God reflected in it.

That is why we highly recommend for every Christian to see these artworks when the opportunity arrives, or at least to know about them and get a glimpse of their greatness.

Painting by Michelangelo - The Vatican 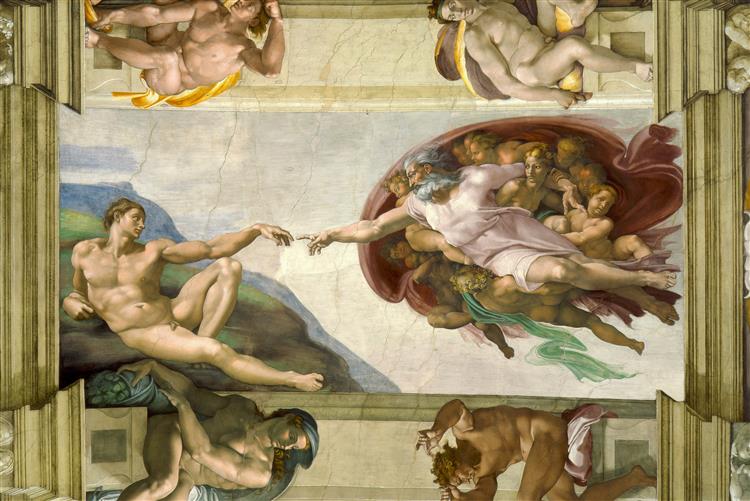 The Vatican is filled to the brim with masterpieces that even non-Christians universally admire. One of the most well-known artworks here is the ceiling fresco of the Sistine Chapel, painted by no other than Michelangelo. Considered a cornerstone of Renaissance art, the ceiling depicts Biblical scenes about man's need for God's salvation. Most recognizable of these scenes is "The Creation of Adam."

Want to learn more about beautiful churches around the world? Read our compilation here.

2. Adoration of the Shepherds

One of the most beautiful Nativity depictions, this painting features a central glow that is a trademark of van Honthorst, earning him the nickname "Gerard of the Nights." The Dutch Golden Age artist also painted another Nativity scene, "Adoration of the Child," where the infant Jesus is surrounded by happy little children with Mary and Joseph. People around the world know of da Vinci's "The Last Supper," but Filipino painter Joey Velasco wanted to make a version that puts Christ closer to the reality of modern times. The result is this 2005 painting where Jesus breaks bread not with apostles but with 12 impoverished children. Though not as renowned as the Renaissance masterpiece, this version caused a stir due to its heavy symbolism and visual parable.

Before the artist died in 2010, he wrote a book about the real-life children who modeled for this painting and also helped them secure better futures through his foundation. This 30-meter-tall statue is such an iconic landmark that it has been named one of the New Seven Wonders of the World. Proposed by The Catholic Circle of Rio in 1920, it was originally intended as a response to the "godlessness" of society. The organization considered an early design where Christ held the globe in his hand, but they opted for the Christ-statue to have open arms, symbolizing peace and welcoming.

5. The Ecstasy of St. Teresa 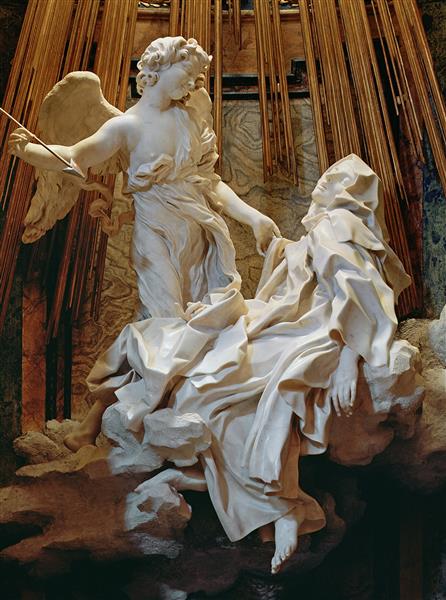 Bernini was the leading sculptor in 17th century Rome, and his masterful skill is evident to this day with this enigmatic marble sculpture. It depicts St. Teresa of Avila as she was visited by an angel who would pierce her heart with a golden spear. St. Teresa described this experience in her autobiography, saying it left her "all on fire with a great love of God." The episode was central in her life of spiritual suffering and mysticism.

6. The Crowning with Thorns

Caravaggio ranks among the Italian masters of the 17th century, with a prolific array of lifelike yet utterly dramatic paintings. Many of his works are based on Biblical stories, including this undated masterpiece of Jesus being crowned with thorns. The artist may have been the perfect craftsman to paint this scene, as he was known to explicitly depict pain, cruelty, and suffering using his classical art style.

The archangel Michael is one of the frequent subjects of Catholic art, as he is described as the commander of God's Army and the one who vanquished the devil from Paradise. In the Scriptures, Michael will also defeat the Antichrist for all eternity. Thus, the archangel is a symbol of the triumph of good over evil.

This grand marble depiction of the St. Michael was created by Scipione Tadolini, a member of the acclaimed Tadolini sculptor family from 17th- and 18th-century Italy. The piece was first commissioned by an American merchant but changed hands after he died. Eventually, a donor who wished to remain unnamed presented the statue to Boston College, where it now resides.

If you're looking for Biblical art that you can display in your own home, Christian Style has many affordable options for you! Visit our selection here to find the next wall art to grace your Christian home.